Connected health or technology-enabled care (TEC) is the collective term used for telecare, telehealth, telemedicine, mHealth, digital health, and eHealth services. TEC is now seen as a fundamental part of the solution to solve many healthcare challenges.

TEC helps people self-manage their health and wellbeing, alert healthcare professionals in case of any changes in an individual’s condition and support medication adherence.

Digital technology is advancing exponentially, and its cost is becoming more affordable. The need for more cost-effective healthcare is rising. Now more than ever, healthcare authorities need to adopt new technologies to help meet this demand.

The population is increasing, and people are living longer. These two factors, in addition to a rise in chronic conditions, present new healthcare challenges.

In the United States, population projection reports that older adults currently make up about 15% of the population, and by the year 2060 is estimated to amount to 23.5%.

There are similar numbers reported for Europe, where the group of 65-year old or older make up 19% of the population and is predicted to amount to 29% of the total population by the year 2080. 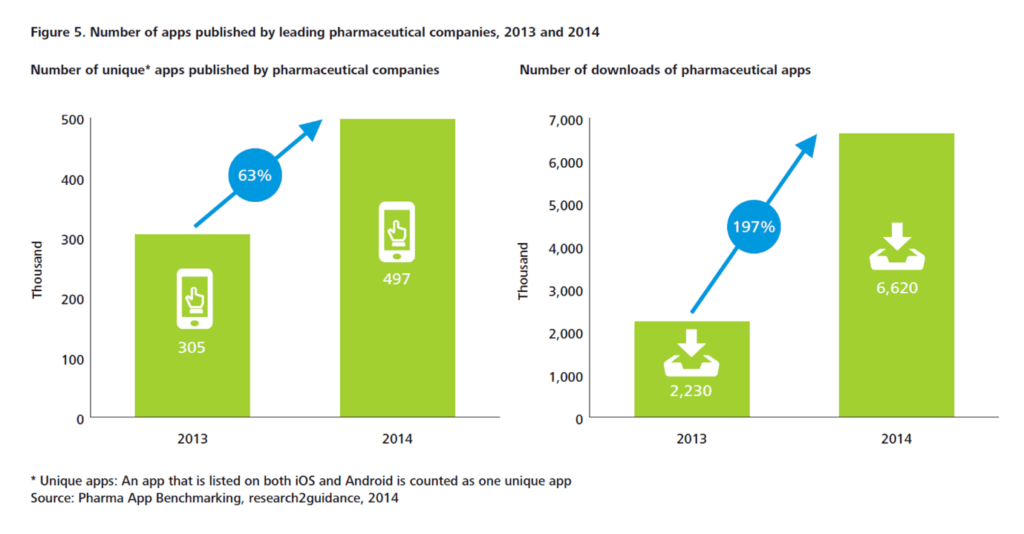 There has also been an increase in online patient communities, using social media as a platform to exchange experiences with patients and carers.

There is strong evidence that patients are now more than ever concerned about self-care, and they are interested in boosting their health and wellbeing. In addition to this, health technology companies are working to improve the quality of apps, increase user confidence and trust, and launch informed decision-making in app selection for health professionals, patients and the public. 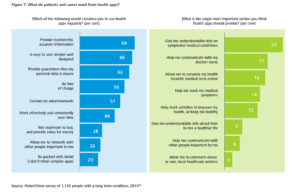 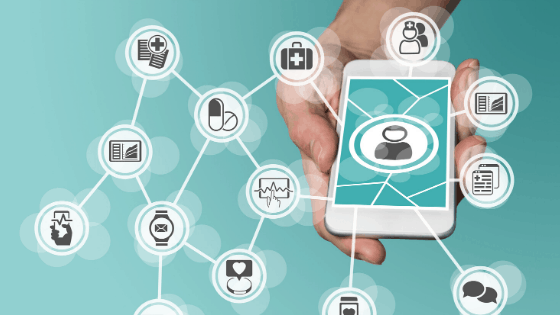 What Is the difference between a health app and an mhealth solution?

Over the past few years, mHealth solutions have begun to solve some of the problems that are ailing healthcare. MHealth is paving the way for better data management, doctor-patient communication, reduced hospital admissions, medication adherence, and remote patient monitoring.

MHealth solutions are improving outcomes in measurable, repeatable ways by connecting patients with their doctors.

In 2017 mHealth captured $23 billion in revenues, with an estimated growth rate of 35% annually over the next several years.

What is the difference between a health app and an mHealth solution?

The most popular categories of health/wellness apps are:

Health apps can provide valuable information to users. However, it may be hard to determine the accuracy of the information provided and may not be easy to share this data with the user’s doctor.

MHealth or mobile health refers to the practice of medicine and public health supported by mobile devices such as mobile phones, tablets, personal digital assistants and wireless infrastructure. It encompasses all applications of telecommunications and multimedia technologies for the delivery of healthcare and health information.

Why is mHealth used?

Numerous mHealth initiatives across the world have demonstrated the efficacy of using mobile devices to deliver better care in a cost-effective manner.

Many mHealth solutions offer different types of information sharing, such as data collection through patient self-assessments, electronic questionnaires, and sensor data. They can also offer emergency action plans and an encrypted messaging system that allows direct communication with the clinic.

Besides, many mHealth solutions are considered certified medical devices that have a proven record of helping healthcare professionals in the monitoring and treatment of their patients. 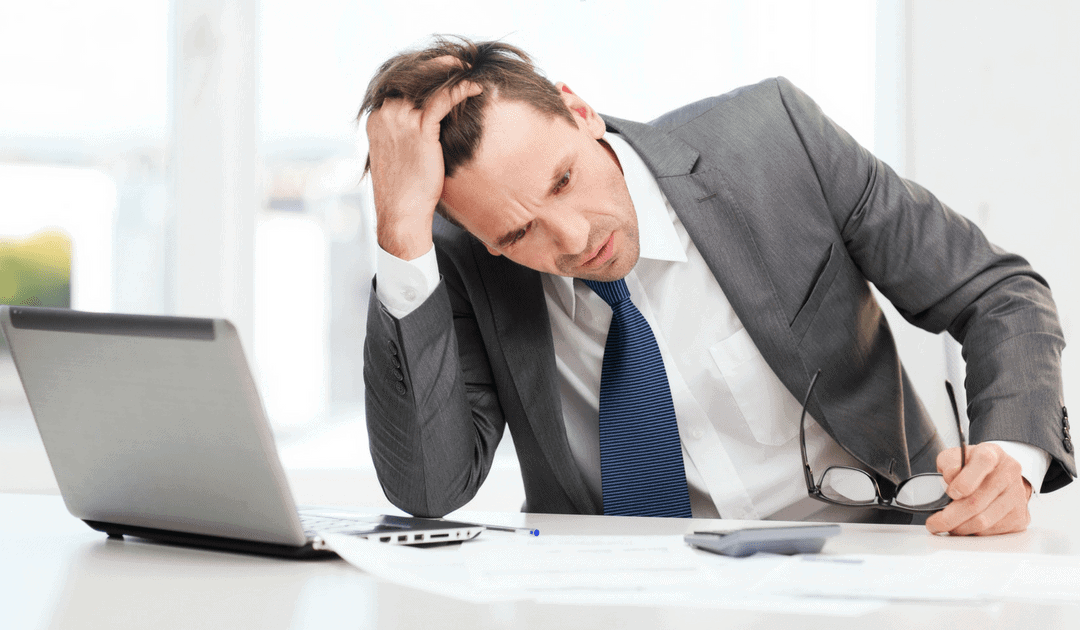 Can mHealth technology be used to save costs ?

According to an article published on Harvard Business Review, digital health tools have the potential to provide effective, low-cost ways to prevent and treat chronic illnesses. The article states that these technology-based solutions that have a clinical impact on disease are comparable to the effectiveness of a drug, and they use consumer-grade technology such as mobile devices and big data analytics that can be deployed in real-time and at scale, which is critical for the management of chronic diseases.

From the chronic diseases, mental illnesses account for five of the ten leading causes of disability worldwide [1]. Therefore, prevention as well as the the early identification and treatment of mental illness represents a high priority since it promotes recovery, independence, self-sufficiency, as well as facilitating social activities and employment opportunities [2].

In fact, in the UK alone, depression and anxiety accounted for 11.7 million lost working days last year [3].  Moreover, according to the American Medical Association, stress accounts for 60% of all human illness and disease [4], which means that clinically-tested health apps can help government authorities, corporations and insurance companies reduce their costs by monitoring individuals remotely and intervening at an early stage.

Nowadays, the majority of large employers that offer health benefits also offer a wellness programme in an effort to promote employee health and productivity as well as to reduce health-related costs.

We live in an era where certified and clinically-tested health apps, or mobile health solutions (as they are widely known), are readily available, or are being developed for most chronic diseases.

Most of these digital tools are extremely easy to use, and can be obtained by downloading an application from iOS or Google Play, signing-up, and sharing your information with a coach. The clear advantages of this technology are scalability and low-cost, since an effective health app bundled up with a telehealth can provide affordable support to either 50 or 5 million users.

The Monsenso mHealth solution can be used by insurance companies and large corporations to reduce costs by offering a preventive mental wellness programme. Individuals can use the Monsenso smartphone app to enter their daily levels of stress, anxiety, irritability, physical activity and number of hours they slept. This information is gathered and stored electronically so it can be accessed by a healthcare professional anytime, anywhere. However, the coach only needs to take action when the web portal indicates that certain individuals present any triggers or warning signs. For example, the coach will be notified when anyone in the system indicates a high level of stress, anxiety and irritability for more than five consecutive days or when someone sleeps less than six hours for more than three consecutive days. These two actions would be considered indicators that the individual needs to be contacted for a “wellness check” and implement the necessary measures to prevent the person from going on stress-leave or from becoming affected by other physical conditions such as heart disease.

[1] Prevention of Mental Disorders. Effective Interventions and policy options. World Health Organisation in collaboration with the Prevention Research Centre of the Universities of Nimegen and Maastricht. http://www.who.int/mental_health/evidence/en/prevention_of_mental_disorders_sr.pdf

[3] Stress in the City: ‘At first, I thought my depression was a heart attack’. The Telegraph. Peter Stanford. (2017, January 7)
http://www.telegraph.co.uk/men/health/stress-city-first-thought-depression-heart-attack/