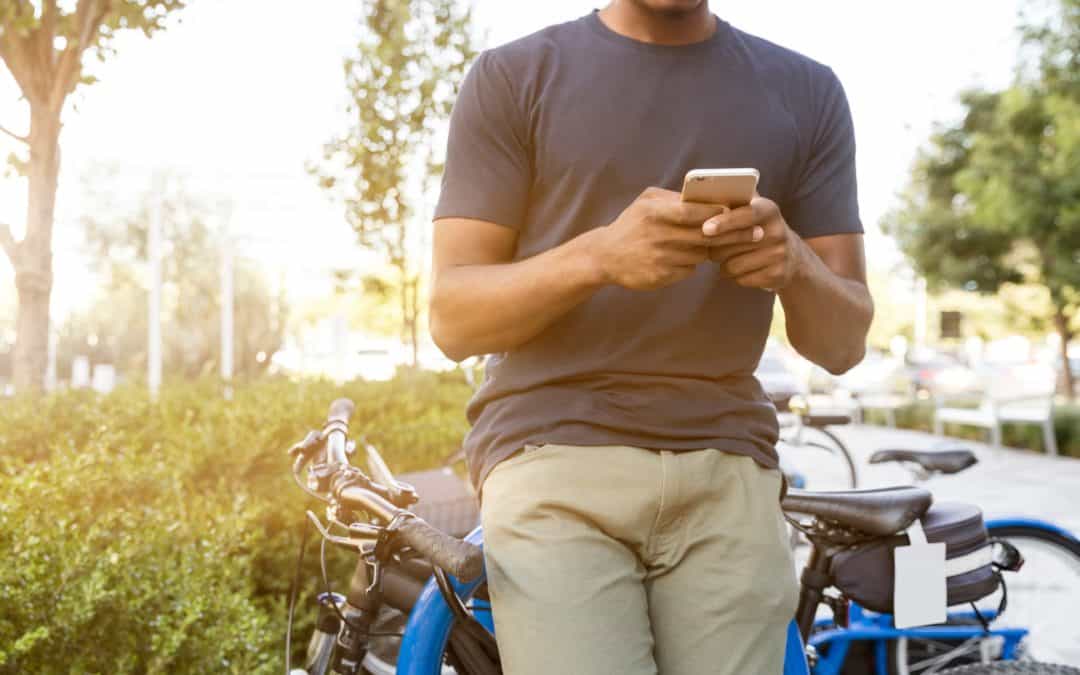 Smartphone-based CBT aims to help individuals with depression and bipolar disorder, since these are two of the leading causes of disability worldwide. Together, they account for nearly 50% of all morbidity and mortality due to mental and substance use disorders. Besides, patients with affective disorders are more frequently hospitalised than any other patient group.

In 2013, Danish authorities estimated that in Denmark, a country with 5.6 million people, patients with bipolar disorder and depression accounted for 20% of all psychiatric hospitalisations, which is the equivalent of more than 10,800 patients. The cost of these hospitalisations was estimated to be around 87 million Euros per year, which corresponds to 10,800 admissions with an average stay of 20 days at a cost of 400 Euros per day. The most effective treatment for both of these mental disorders includes medication and Cognitive Behavioural Therapy (CBT).

The RADMIS research project, which was granted a budget of 1.3 million Euros by the Danish Innovation Fund, will be done in collaboration with the Mental Health Services of the Capital Region of Denmark (RHP) and the Danish Technical University (DTU).

The multi-disciplinary team involved in the project is comprised of scientific researchers, psychiatrists, psychologists, and computer scientists. This group has already shown promising scientific results with the MONARCA research project.

The use of an intelligent, smartphone-based CBT for the monitoring and treatment for depression and bipolar disorders has never been tried before.

Furthermore, smartphones have never been used in the research and collection of clinical evidence to reduce re-hospitalisation and improve treatment response among patients with depression and bipolar disorder.

After being discharged from the hospital, psychiatric patients undergo a high-risk period in which they are considered to have an increased risk of suicide of 300 times more during the first week and a high-risk of readmission. In fact, psychiatric patients are often afraid to leave the hospital, feeling alone and overwhelmed with the prospect of an appointment with a clinician in one or more months ahead.

A pilot study in Copenhagen involving 29 recently-discharged patients revealed the importance of continued contact with a care provider. In this study, patients used a daily computer system to self-monitor.

The study revealed that daily contact with a nurse using the bidirectional feedback system combined with a smartphone-based identifier of early-warning signs lowers the risk of relapse of depressive and (hypo-) manic symptoms. The pilot study also revealed that the incidence of suicide attempts and the rate of re-hospitalisation decreased.

The hypotheses to be investigated by the project

A bi-weekly workshop with 6-8 users will be conducted with a focus on the design of the features of the smartphone-based treatment system.

The questions will be investigated in two separate RCTs, focusing on the two patient groups (depressive and bipolar patients) with similar designs comparing the use of smartphone-based treatment with standard care. Each patient will be subject to the trial for six months. Recruitment, inclusion criteria and randomisation: 200 patients with recurrent depression and 200 patients with bipolar disorder at one of the five psychiatric centres in RHP. Patients aged 18 to 70 years will be screened with Schedules for Clinical Assessment in Neuropsychiatry (SCAN) to confirm the ICD-10 diagnosis.

Primary: Rate of re-hospitalisation and duration of hospitalisations.
Secondary: Severity of depression according to scores on the Hamilton Depression Rating Scale (36) and Young Mania Rating Scale (YMRS) (37) (for bipolar disorder patients only), at a given time point during the 6 month trial period. Functional assessment short test (FAST) (psychosocial function) (38).
Tertiary: Recovery Assessment Scale (39), empowerment according to Rogers empowerment scale (40), the WHO (Five) well-being index (41) and the Verona Satisfaction Scale-Affective Disorder (VSS-A) (42). Assessment of outcomes will be done by researchers blinded to allocation (single blinded).