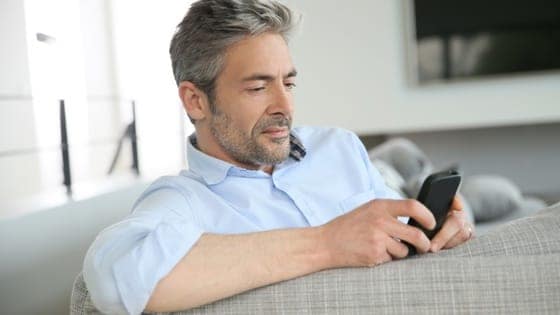 The MONARCA II Research Project aims to establish clinical evidence on the use of the Monsenso system. The MONARCA II trial uses a randomised controlled single-blind parallel-group design.

Approximately 25% of all people in Europe and the US experience a mental illness at least once in their lifetime. Currently, the monitoring of mental illness relies on subjective clinical self-reporting rating scales, which were developed more than 50 years ago. The EU-funded MONARCA project established a platform for the daily electronic monitoring of subjective and objective measures of illness activity in bipolar disorder using smartphones. The system supports the treatment of bipolar disorder by collecting (i) self-rated (‘subjective’) data on parameters like mood, stress, and cognitive problems, and (ii) automatically sensor-based (‘objective’) data the patients behaviour in terms of mobility (GPS), physical activity (accelerometer), social activity (telephony and texting), and general phone usage. This data is captured and forwarded to a server, where it can be accessed, visualised, and monitored by the clinical staff and applied for clinical decision support. The MONARCA system is now further developed and supported by Monsenso.

Monsenso’s involvement in the The MONARCA II RESEARCH PROJECT

Patients with bipolar disorder according to ICD-10 who previously have been treated at the Copenhagen Clinic for Affective Disorder, Denmark are included and randomised to either daily use of the Monsenso system including a feedback loop between patients and clinicians (the intervention group) or to the use of a smartphone for normal communicative purposes (the control group) for a 9-month trial period. The trial started in September 2014.

The outcome measures between the intervention group and the control group are:

If the system is effective in reducing depressive and/or manic symptoms (and other symptoms of bipolar disorder) and the rate of episodes, there will be basis for extending the use to the treatment of bipolar disorder in general and in larger scale.