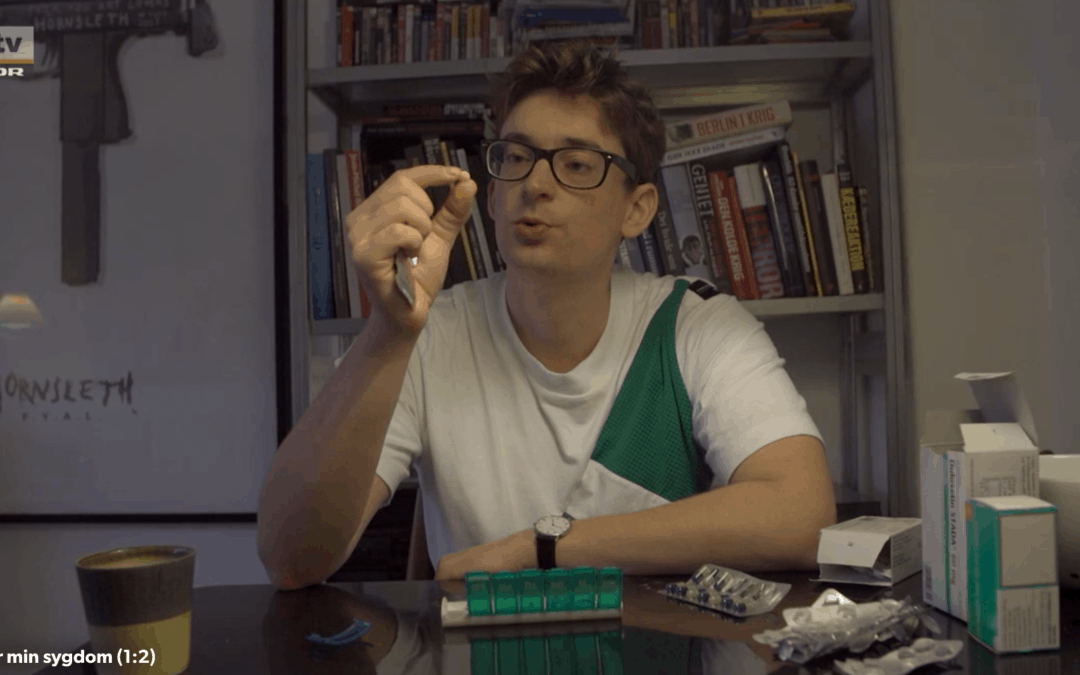 Peter Hagelund’s has a documentary series in Danish called “Jeg savner min sygdom” which translates to “I miss my illness” the series is about living with Bipolar Disorder Type 2. Click on this link to watch the documentary.

In 2014, I was diagnosed with Bipolar Disorder Type 2.

During my whole life, I had known that something was different about me. I always struggled with depression and anxiety, and what eventually turned out to be hypomania. When I was 22, I had my first big depression episode and had to start taking antidepressants. However, it would take me six more years before I was officially diagnosed with Bipolar Disorder Type 2.

The tricky thing about having this diagnosis is that you do not experience the typical manic episode where you are over-energetic and nearly psychotic. Instead, you’re hypomanic, which means that you’re socially well functioning. You’re not psychotic. You actually feel really good. So the problem is, that you don’t go to your psychiatrist and say that you feel too well. At least I didn’t.

The reason why my psychiatrist found out I had Bipolar Disorder was because I couldn’t get out of my depression. At first, my psychiatrist diagnosed me with depression and ADD. But these diagnoses didn’t seem to fit because I still had strong mood swings and a lot of anxiety. When I was diagnosed with Bipolar Disorder Type 2, it actually made sense. Suddenly, I could see why I had felt the way I had most of my life.

I really believe that the Monsenso smartphone app could have helped my psychiatrist give me the right diagnosis at an earlier stage because the app helps me to keep track of my mood and to become more aware of how I feel. With the app, I have to pause and take a moment to think about how I’ve actually been doing before entering my answers. Keeping track of all this information has helped my treatment. My psychiatrist and I can plan better on how to avoid my future depressive or hypomanic episodes because we can clearly identify when I am having mood swings.

In August 2018, my documentary about living with Bipolar Disorder aired on national Danish television and the response was overwhelming. Many people have contacted me, to thank me for talking about my illness. I had made the documentary so other people who have this illness, are not ashamed of it and I think I succeeded.

My hope is that in the future people are diagnosed at an earlier stage than I was and I truly believe the Monsenso app is one of the things that can help. I really hope that other psychiatrists and their patients will start using the app.