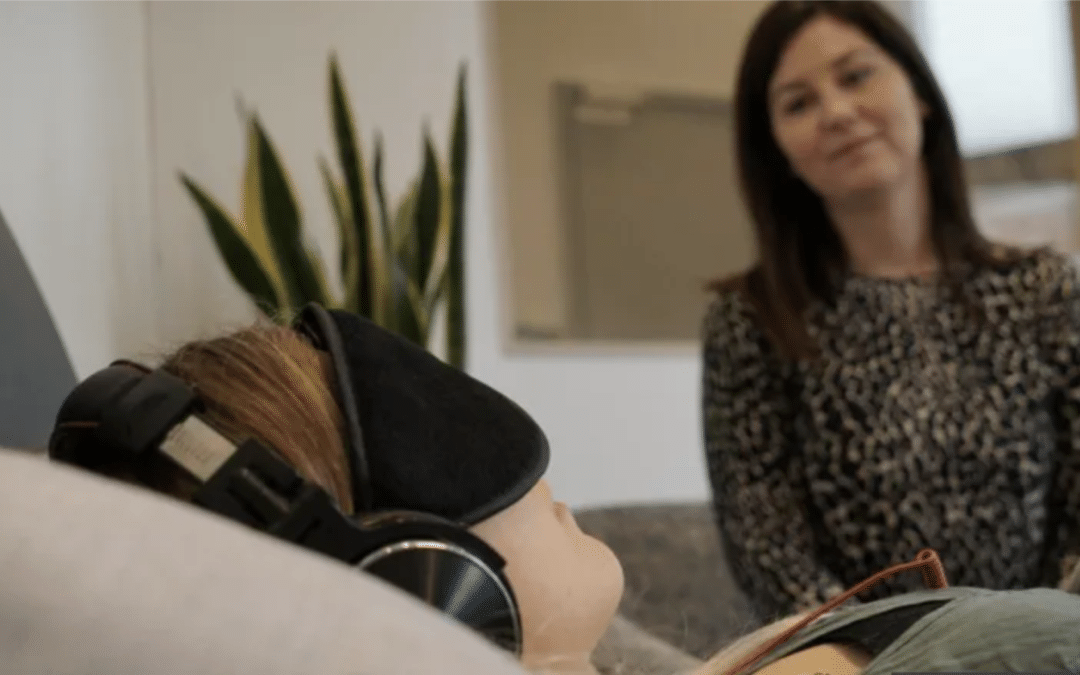 Monsenso has signed an agreement with Awakn Life Sciences, a global biotech company

Monsenso has signed an agreement with, a global biotech company, to support the company’s medical psychedelic treatments. Awakn Life Sciences is a global biotech company that leads the field of psychedelic medicine for the treatment of addiction. In October 2021 commenced the implementation of the Monsenso Digital Health Solution in Awakn Life Sciences clinical practice as a tool for supporting patients throughout their treatment while capturing real-world patient insights to inform clinical decision-making and personalised treatment.

Mental illness and addiction are some of the biggest public health challenges facing the global community.

Nearly one billion people worldwide suffer from mental illness, for which there are too few effective treatments available beyond coping strategies and treating symptoms. With global spending on mental health estimated to reach $16 trillion by 2030 (as measured by lost economic output)[1], it is critical that effective new treatments are developed to address the current gaps. Psychedelic-assisted therapy has emerged as a potential solution to this treatment vacuum. In the early 20th century, these substances were severely restricted and had a negative connotation. Today, however, a growing body of evidence and urgent unmet patient needs have led clinicians and regulators to consider them as a viable treatment option.

Psychedelic drugs are substances that alter perception and mood and affect various cognitive processes. When used in conjunction with psychotherapy, they can put patients in a temporary state where they can better process memories, emotions, and past traumas[2], allowing for processing that enables subjects to let go of things that have previously troubled them[3]. For the same reason, psychedelic-assisted psychotherapy has shown effective in treating historically difficult-to-treat illnesses[4] and is today considered a promising game-changer in psychiatric treatment[5,6,7].

While psychedelics have spurred great interest in the life science industry, only a few psychedelic companies are currently treating patients in the clinical setting. Awakn Life Sciences launched the UK’s first psychedelic-assisted clinic in Bristol, followed by London and Manchester, offering evidence-based psychedelic therapies for addiction and other mental health indications, and has also opened a clinic in Oslo, Norway with plans to scale across Europe quickly.

In October 2021, Awakn Life Science commenced implementation of the Monsenso Digital Health Solution in its clinical practice to support patients throughout their treatment journey and to capture real-world data to inform clinicians’ decision making for personalised patient support and management.

Awakn’s CEO, Anthony Tennyson added “There’s such a critical need to provide solutions and hope to people suffering from mental illnesses and addiction. We’re excited to partner with Monsenso to better engage with clients throughout their treatment, gain insights to help inform clinical decisions and improve health outcomes, and generate insights that inform our research and treatment development programs”.

About Monsenso Monsenso is an innovative technology company offering a digital health solution for mental health and behavioral disorders. Our mission is to help provide better mental health to more people at lower costs. Our solution helps optimise the treatment of mental disorders and gives a detailed overview of an individual’s mental health through the collection of outcome, adherence and behavioural data. It connects individuals, carers and health care providers to enable personalised treatment, remote care and early intervention. Based on continuous research and development, our team is committed to developing solutions that fit seamlessly into the lives of individuals, increase their quality of life and improve the efficacy of mental health treatment. To learn more visit www.monsenso.com

[3] Jennifer Mitchell, neuroscientist and professor in the departments of neurology, psychiatry and behavioral sciences at the University of California San Francisco.

[4] Psychedelic-Assisted Psychotherapy: A Paradigm Shift in Psychiatric Research and Development

[7] Psychedelic-Assisted Psychotherapy: A Paradigm Shift in Psychiatric Research and Development 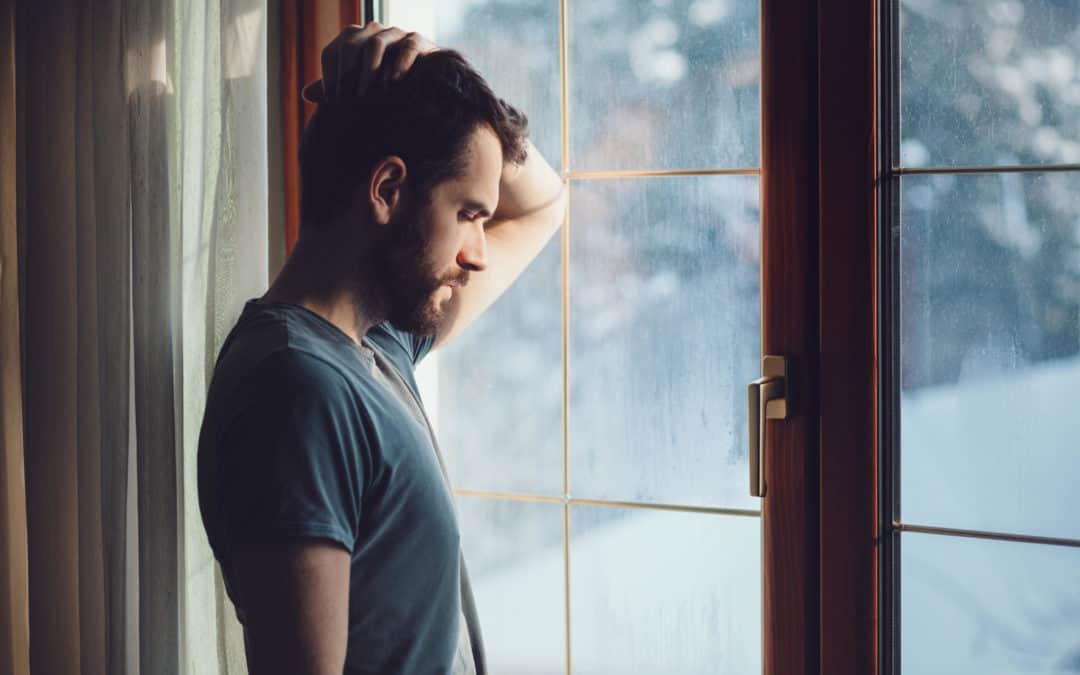 Mental health affects all aspects of our life. ​Yet, it’s the most neglected area

Mental health affects all aspects of our life. ​Yet, it’s the most neglected area of public health, driving higher risk of comorbid disorders and mortality.

​’Mental health’ as a term refers to cognitive, behavioral, and emotional well-being. It is all about how we think, feel, and behave. The state of your mental health determines how you handle stress, how you relate to others, and how you make healthy choices. As such, mental health affects all aspects of daily living, relationships, and physical health. For some people, “mental health” means the absence of a mental disorder. For others, it equals a life with daily stressors, mood disorders, affecting their ability to function.

Close to 1 billion people globally are living with a mental disorder[1]. In fact, mental disorder affects one in four families – a number which is expected to rise significantly over the next 20 years [2]. As measured by ’years of life lived with disability’, mental illness is the biggest disease burden in society today[3].

If left untreated, mental illness can lead to other commodity disorders, such as depression, substance abuse and even early mortality. Substance abuse is common among people who are battling a depressive disorder, which can lead to further exacerbation of the symptoms related to depression, impairing mental functioning, and further damaging overall spirit, quality of life. Likewise, many individuals who develop substance use disorders (SUD) are also diagnosed with mental disorders, and vice versa. As such, mental health disorder patients accounts of 44% of cocaine and 38% of alcohol consumption​ [6,7]. ​

The magnitude, suffering and burden in terms of disability and costs for individuals, families and societies are staggering. Every year, the harmful use of alcohol results in millions of deaths, including hundreds of thousands of young lives lost. ​Illicit drug use disorders is – directly and indirectly – responsible for over 750,000 deaths per year. ​Not to mention, the 1 million people, whom commit suicide every year across the world [8].

Mental health has been hidden behind a curtain of stigma and discrimination for too long. It is time to bring it out into the open. Help us raise awareness, by sharing our post.

To learn more about how Monsenso mhealth solution can be used to increase treatment outcome, see our video below:

[8] WHO – Investigating in mental health 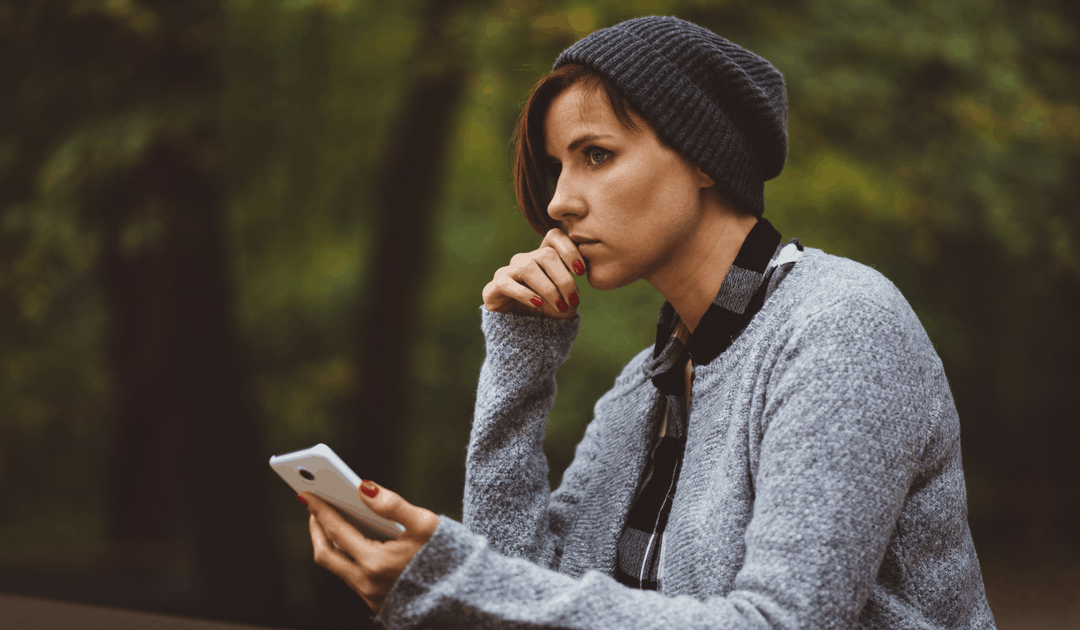 Smartphones can be used as data-collection tools for mental health. In fact, this blog post is a summary of a research paper titled “Mobile phones as medical devices in mental disorder treatment.” To download the research paper, visit our Resource Library.

Currently, the monitoring of mental disorders relies mainly on self-reporting, developed more than 50 years ago. Hence, the researchers reviewed different systems that utilise mobile phones  as data-collection tools for mental health. They evaluated how their core design features and dimensions can be applied in other systems and they looked into the feasibility of using mobile phones to collect data including voice data, motion and location information.

From a technology point of view, mobile phones offer a promising hardware platform for various applications. In developed countries almost everybody owns a mobile phone; world-wide this adds up to 4.5 billion users [5].

Smartphones are accounted for 51.8% of mobile phone sales in 2013 worldwide [6]. As of 2014, one third of the currently world-wide used mobile phones are already smartphones [5]. Their cost has dropped dramatically and functionality continues to expand.

Smartphones are also a powerful technical platform. They are powerful in terms of CPU, memory, and battery. They also have extensive communication capabilities with their built-in network interfaces for 3G/4G, Wi-Fi, and Bluetooth; and they are equipped with sensors including accelerometers, GPS, microphone, proximity sensors, etc.

A smartphone is personal and is almost always with a person [7]. This is especially useful when collecting automated data, since the smartphone acts as a wearable device located in the user’s pocket.

Moreover, studies have shown that the quality of the data collected through smartphone-based questionnaires is much higher in comparison to paper-based self-assessments [8]. Paper-based self-assessment requires that patients remember to carry them with them and fill them out, resulting in poor adherence rates, retrospective completion, and memory errors [9]. In contrast, adherence and compliance rates are significantly improved when patients their smartphone since it is always available [8].

Many mental disorders are treated through a combination of pharmacotherapy and psychological treatment, such as Cognitive Behavioural Therapy (CBT). The objective of the treatment is to reduce symptoms by ingesting medication and to help patients identify and change their behaviour in a healthy manner.

A smartphone-based solution can provide real-time feedback, it allows individuals to observe their behavioural and disease patterns, and it can also be used as a reminder for medication intake. Moreover, besides having the capability to being used as sensor devices and communication tools. Therefore, remote consultations become feasible; for example, clinicians can communicate with individuals and schedule teleconsultations if needed.

Further, studies have shown that patient adherence rates for smartphone interventions are high. McTavish et al. introduced a smartphone application to support patients with alcohol addiction. 16 weeks after downloading the app, more than 70% of the initial group were still actively using it [10]. Kuhn et al. surveyed perceived helpfulness and satisfaction of post-traumatic stress disorder patients who used a smartphone application as self-management tool for their mental disorder [11]. The results presented were promising but only preliminary.

A recent project called MONARCA focused on bipolar disorder patients and used smartphone sensors as well as additional wearable sensors [12]. The analysis of acceleration data collected with smartphones revealed a correlation between physical activity levels and psychiatric assessment of degree of depression [13].